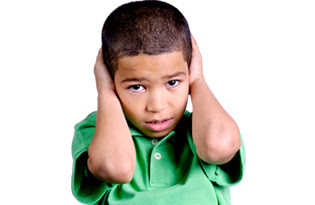 As the time drew nearer and nearer for us to return him to his home, the little kindergarten guy my husband, Brian, and I mentor became increasingly defiant. In spite of my warnings that we'd be leaving our house and headed to his in an hour....then 30 minutes....then 15 minutes....then 5 minutes.....and then NOW! He just wasn't ready to leave.

I had to prod him along to get him out the door of our home. Then he moved along at the blazing speed of a sloth on the sidewalk as he slowly meandered his way to the car. By no small miracle, we got him in the car and buckled.

We tried our best to engage him in conversation on the 10 minute drive to his house, but he covered his ears and hummed loudly, so as to clearly ignore our efforts. He repeatedly asked us to leave him alone and stop bothering him, which we knew to be quite the opposite of what his heart truly desired.

At last, we pulled up to his house and Brian and I got out of the car to walk him to the door. As Brian opened the backseat door, the boy flopped over two rows of seats and into the cargo space in the back of the large SUV.

I walked to the back of the car to open the cargo door, and as I made my way to the back, he flopped over the seats a second time and landed back in the front of the vehicle.

We did this song and dance for about 5 minutes and then we cornered him. Brian got hold of his legs and slowly pried his little body out of the car, limb by limb. He set the boy down on the sidewalk and went to close the cargo door, when the little lad hopped right back in the car and we began the whole dance again in front of three of his five little siblings who now stood around the car inquiring about their brother's unusual behavior.

Finally, we did get him out of the car and into the yard, at which point we relinquished control to his mother who was inside with the other children.

As we pulled away, our little guy threw up his hand in a vigorous goodbye wave, and a flood of forgiveness fell over us.

Even though this little boy had tried my patience and made me want to scream, I never once thought, "I'm done with you. I don't ever want to see you again!"

God looks at me, and at you, through the same lens. I know that I'm guilty of hopping out of God's plan for me. I know that I've figuratively put my hands over my ears and yelled at God, "I DON'T HEAR YOU!!! LEAVE ME ALONE!"

As we drove further away from his house, we began planning the next time we'd see him. We devised a great date with him that he's sure to love. We decided that, no matter how he behaves, we'll be back.

And, I know that, even more than my ability to forgive, which can be so small, God looks on me with the same forgiveness. I know that as I'm running from Him, He's looking on me and planning our next encounter with a loving heart. I can just imagine Him saying, "Yeah, this didn't go well, but, don't you worry, I'll be back."

Today, Precious One, may you and I relax in God's unconditional love and forgiveness. Rest assured, He'll be back.

Posted by Pleasant Living at 4:00 AM

It's really special that you are doing this Lindsey.