If you've read my ramblings for anytime, at all, you know that I'm not a mother. Though I've spent countless hours with children in a variety of settings, I still think that I have a tendency to be out of touch with what you ladies actually do on a daily basis. Reminders are good.

Yesterday, Maddox and Hensley stayed over. Now, you guys know that these two tots have spent many nights with us, but this one was different.

You see, just as we arrived home, the painters showed up to do touch-ups. Thus, the television was out of commission. Now, I've never been much on using the TV as a babysitter, but it is nice to fall back on for moments during meal preparation and the getting ready process. So, for the first time, I had the challenge of entertaining, constantly. Kids are like puppies. I know from my stint in the classroom that the best kids, like puppies, are tired kids. An energetic child is a teacher's worst nightmare, if that energy isn't channelled into something productive.


Luckily, it was cloudy and breezy yesterday evening, so we could get outside and draw with sidewalk chalk. And, not to brag, but just look at that kindergartener handwriting! He was writing a note to Uncle Brian. 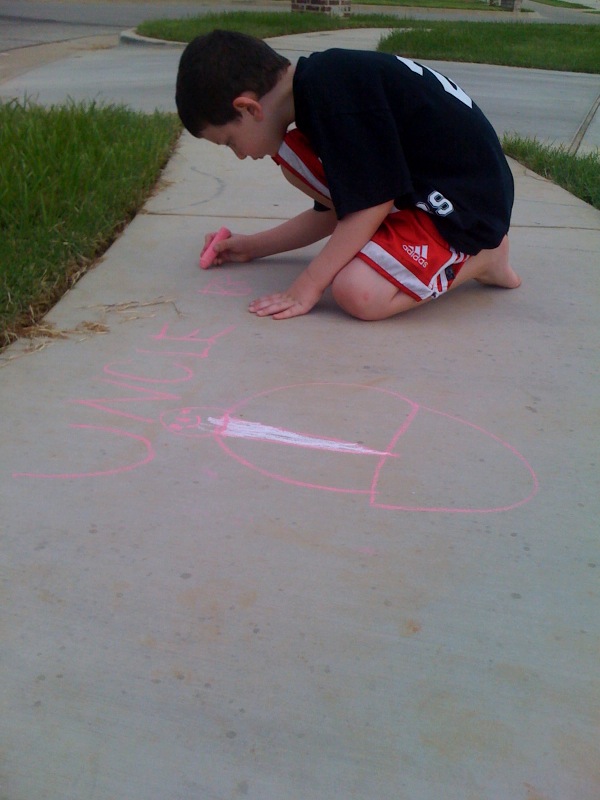 After the chalk, we went inside and glued googly eyes and pipe cleaners on a glass bottle to make a monster. Hensley tried her hand at cutting with scissors. Actually, she was quite good at it.


This morning, I remembered a trick. I was desperate for an activity to keep the kiddos busy while I got ready. Dry erase markers on the washer and dryer. They LOVED the novelty of this! And, yes, that washer could double as a bomb shelter. That thing is a 20-year-old monster of metal! 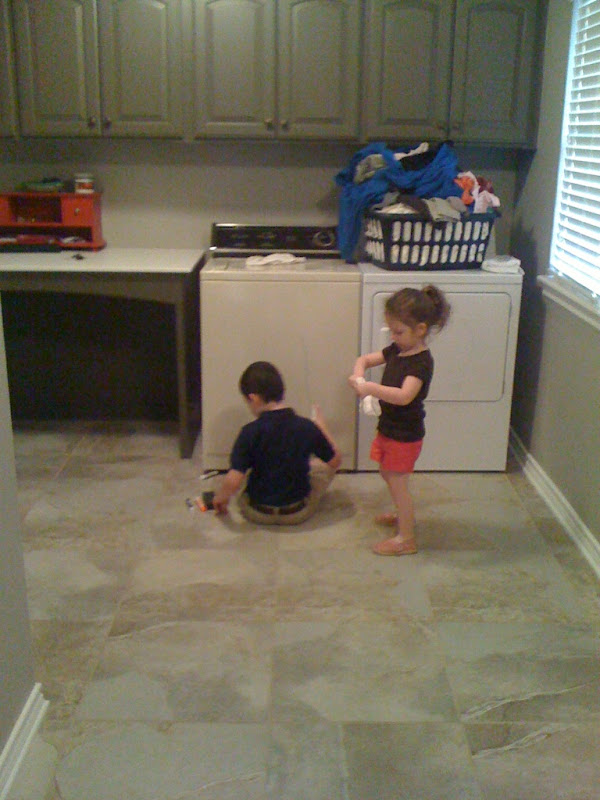 Maddox was a master at killing a fly. We had one lonely fly trying desperately to hold onto his life, but he was no match for Maddox. 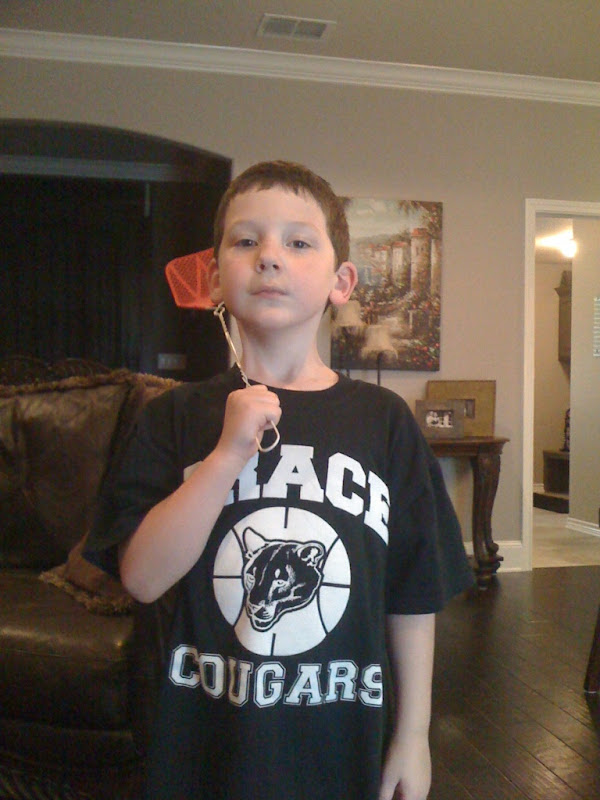 Hensley grabs these 3 things off the bookshelf as soon as she gets to our house: Race for the Cure medal, pink ribbon ornament, and the bell I received at the conclusion of radiation. She could be a spokesperson for Susan G. Komen! 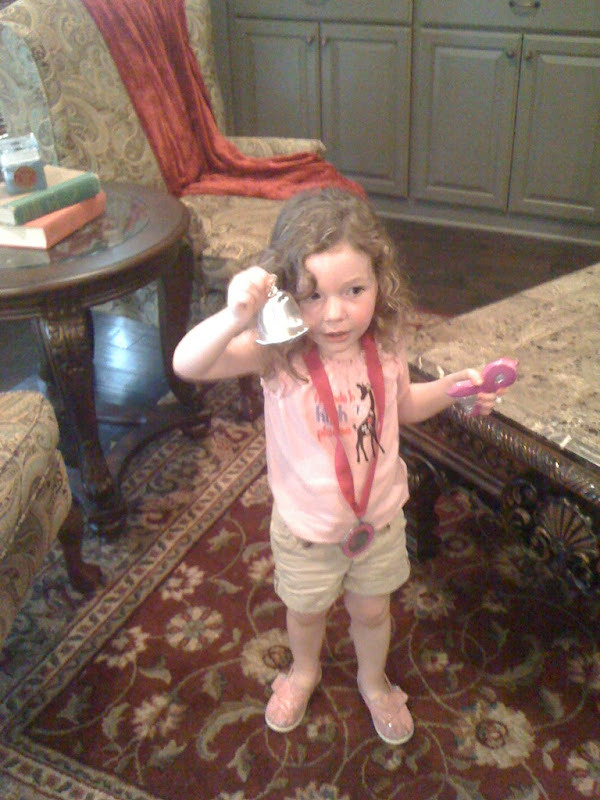 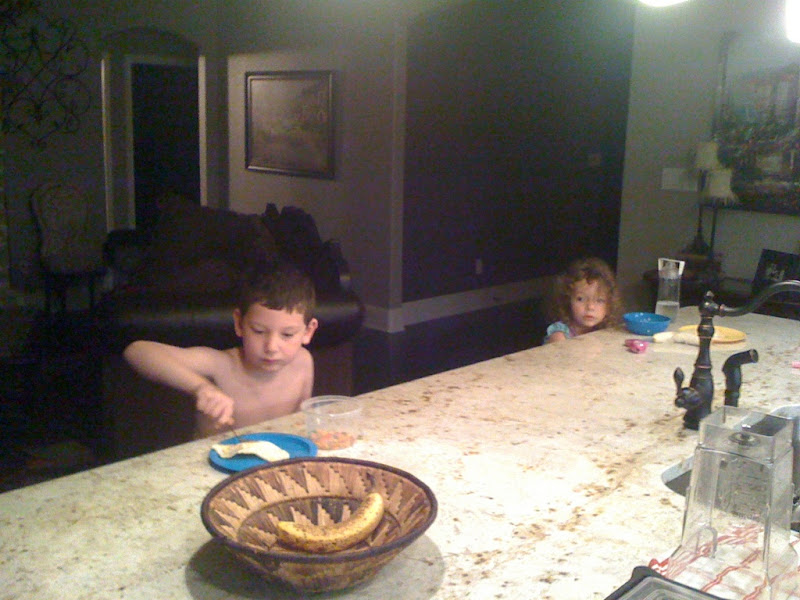 So, this time over was a first for several things:

1. First time without a TV for backup support. :)


2. First time in the new house


3. First time to sleep over on a school night. They just couldn't understand why I was making them go to school. Usually, we get to stay up late and play the next day!


4. First time to have a potty accident of the worst kind. You can just use your imagination on that one.

First time of many exciting times to come. It's always a privilege to spend anytime with these two kiddos. And, it's always wonderful to relate, if only for a few hours, to the hard job that many of you mamas have. My hat's off to you!

(PS - I'm sorry for the horrible pictures. All iphone pics, and I have an old iphone. They're terrible.)

Posted by Pleasant Living at 9:33 AM

You're a natural, and so proud to be alongside of you in the Aunt Club! Love the dry erase markers on the washer/dryer -- brilliant. No wonder they got up at 4:55AM - too much fun to be had to bother with sleep. Bet you sleep well for the next 2 days. :)
Have fun!
-Rebecca Hubanks

Go Lindsey! You are a cool Auntie. :)

Oh, how I agree with the t.v. thing. It should not be used as a babysitter, but man, when I'm trying to cook dinner sometimes it is a must. It is also a must when my son is sick and can't really play. As a teacher, I also agree with the whole energy thing. It looks like y'all had a blast. Aunts are always so much fun.

Lindsey,
You always know how to "punt". Your babies always have such a good time because you show them unconditional love and they know that.
Maddox is going to Grace and not "The Hill"?