I feel pretty certain most of you didn't celebrate Presidents' Day in the same way that I did. In fact, I feel pretty certain that most you likely didn't celebrate Presidents' Day, at all. And, you wouldn't be unlike me on every year, prior to this one.
On Saturday, Maddox (my nephew) and I were discussing Presidents' Day over lunch. I asked him if he had any festive plans for his day free from school. Then, I jokingly said, "We should have a parade!" Well, you don't joke about parades with five-year-olds. You mention a parade - you have a parade!
So, we planned and decorated and came up with quite a cause for celebration. And, we do thank the two Brians (my husband and BIL) for playing along! :)
The pictures are actually out of order. This was the grand finale: 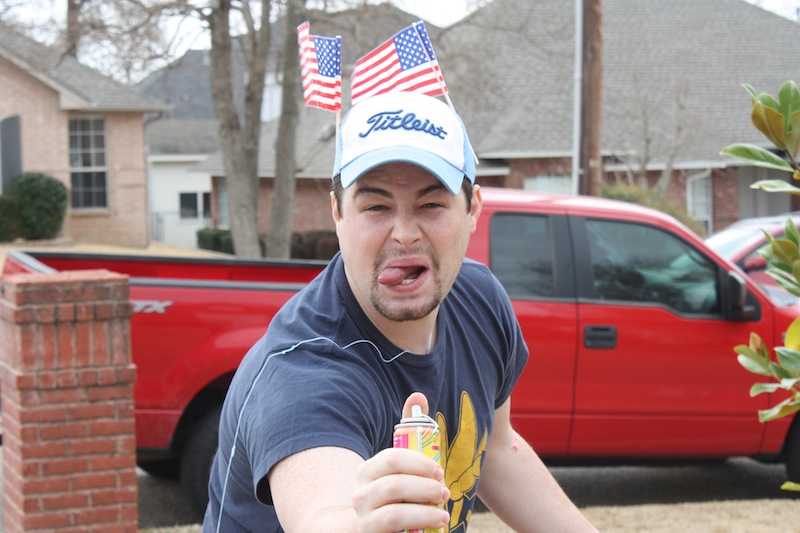 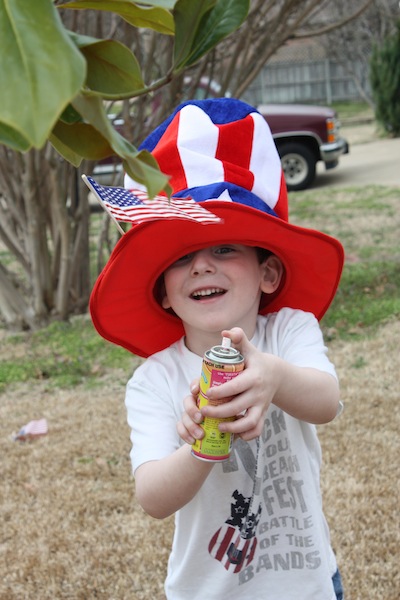 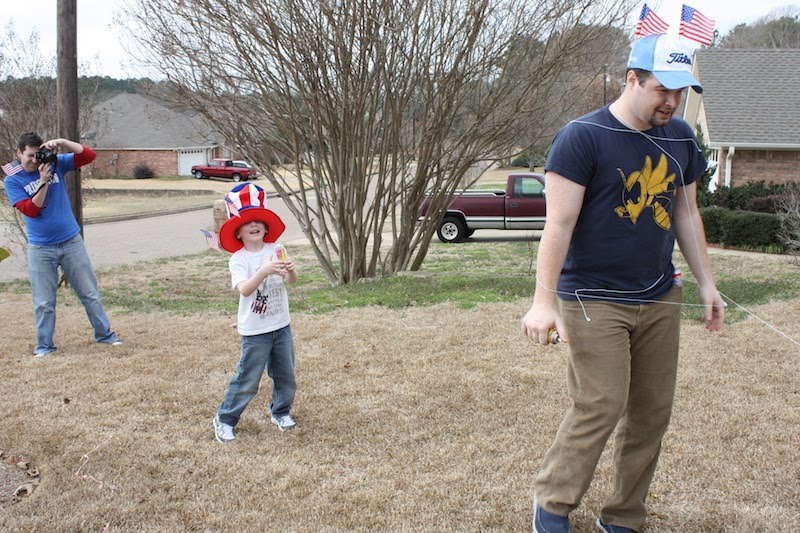 We ended outside with some confetti poppers and silly string. Well, and the pledge, of course. Maddox led us in the pledge, and he did a stately job!
Here are the three guys before the parade began. I participated, too, but someone has to take pictures. 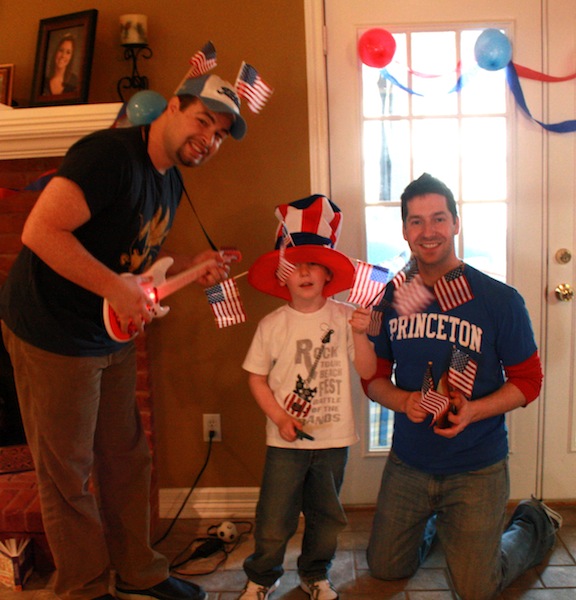 These were the spectators. Unfortunately, most people don't have the same celebratory attitude about Presidents' Day, and thus all of the humans were working. :( It was just as fun without them, though! 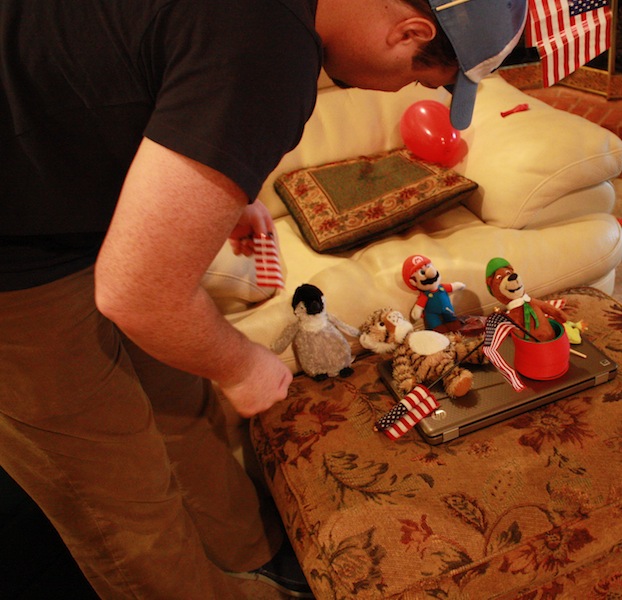 Don't you love living life through a child's eyes? Everything is a cause to celebrate! We should all approach life with such fun and laughter. Every single day is a treasure from God.
Posted by Pleasant Living at 6:42 PM

You guys are sweet. Love this.

The picture of the spectators is simply awesome!!!! I bet it was quite the day.

Amazing how God works. How He has allowed you to participate in the lives of many people in many ways that would not of happened if you would of been in school. He is mighty and truly takes care of us. Continue to enjoy seeing life through the eyes of your nieces and nephews. Something that many of us miss even when we have the opportunities.

what an awesome idea ! going to steal it with my grandchildren !

Okay, so did Brain P. think of the spectators! I just have a feeling he did!! You guys are WAY too fun!! Love it! What great memories!

Melanie from The Pigg Pen said...

That is so awesome. What fun! I remember doing stuff like that with my aunts and uncles. It makes for great childhood memories. Before Christmas I took my nephew on a date. We went out to eat and to see "Voyage of the Dawn Treader". It was so much fun.

I love Maddox. Just reading what you and Ashley right about him shows that he is so full of personality.

I'm so glad you guys had the parade! When I saw your sister that day, she wasn't sure it was going to happen. I have to say I was totally expecting to see a pinata or two! :0)