The last few weeks have been interesting. First, it's important to say that I LOVE our new house and neighborhood. It is incredibly peaceful and restful and serene. It feels like a different world to me - a world that is so far removed from the things that can ruin my day and make me grouchy. Though, in the midst of all the wonderful, it's been a bit, well, stressful. This marked the 4th time that poor Brian has moved in about a year and a half (not counting the moving in and out of our old house after the water heater flooded it). And, it was my 3rd time to move in just over 3 years. So, we have boxes from all over. Some have been unpacked and repacked. Some have never been unpacked. And, frankly, I'm not even sure why we continue to lug some of them around. They're nothing but garbage. Even with several moves in close succession, I always seem to forget the rough spots of relocating. I guess I just wash the memories away, only to return when we pick up and move again.

I think that we're starting to feel a little more settled, after 2 1/2 weeks here. It's taken a while for us to get to this point, and there are still moments of chaos and confusion. And, the dogs have been even more reluctant to settle. But, they, too, seem to be resting a bit easier.

I think, after a couple of weeks of holding my breath, it's now time to exhale.

I'll leave you with a few pics of the chaos... 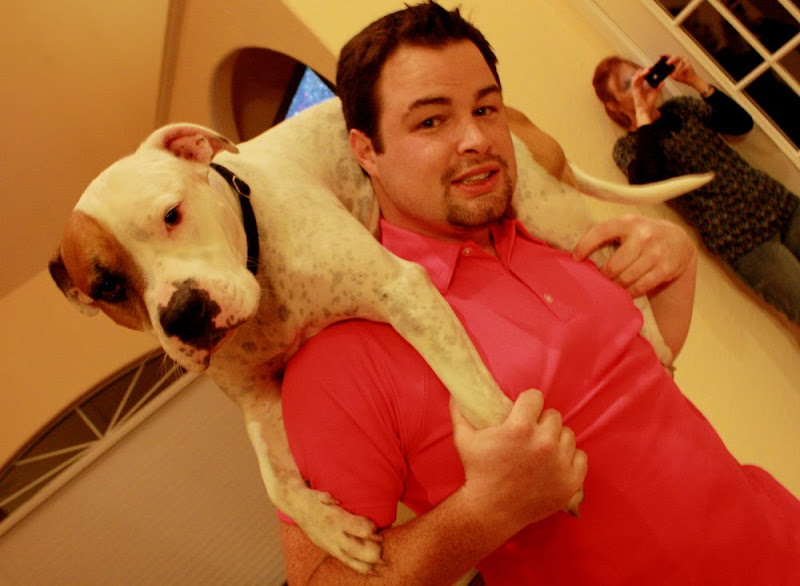 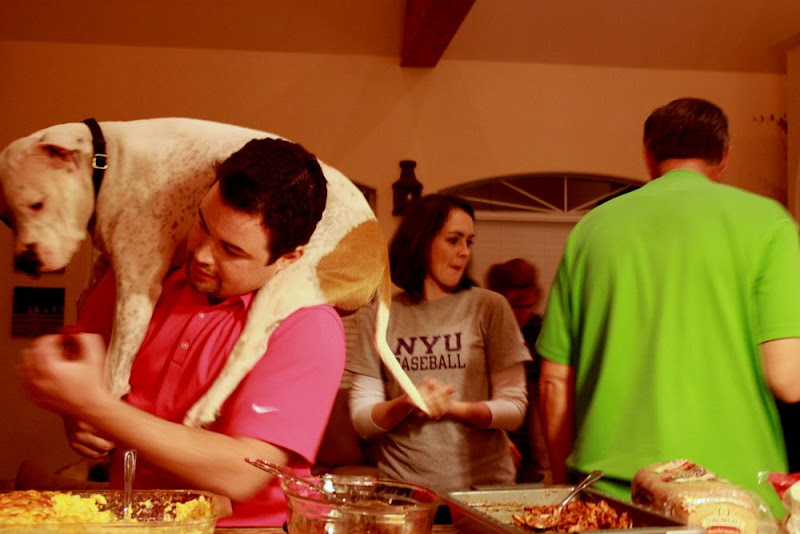 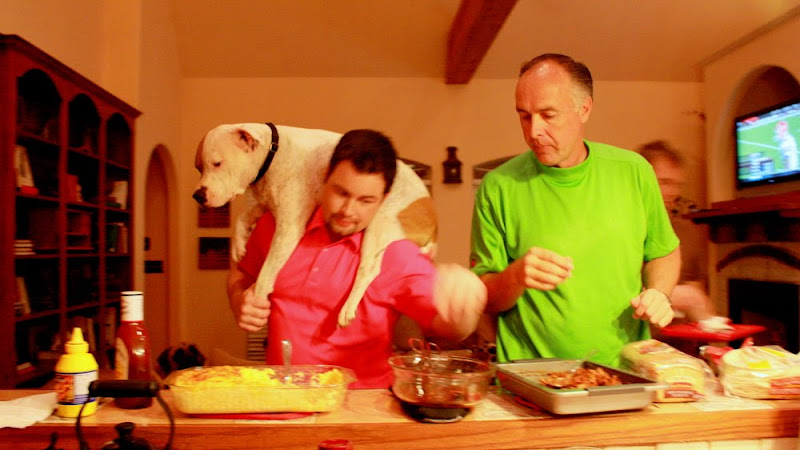 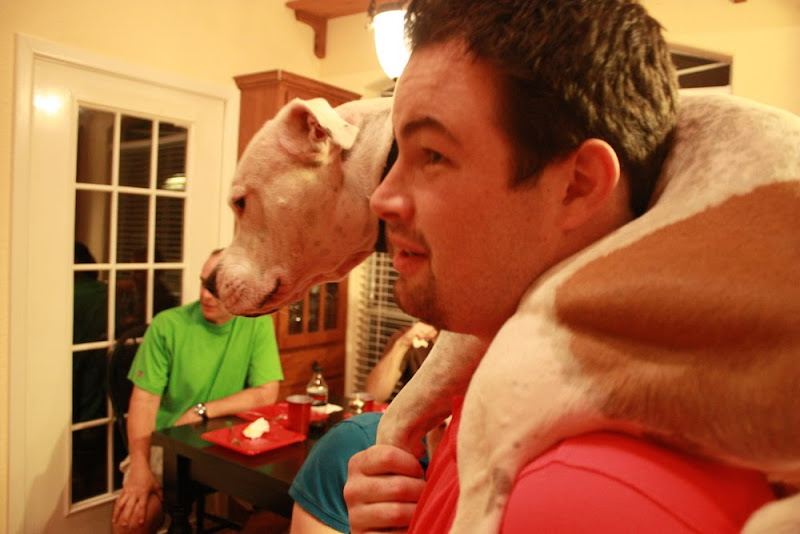 Posted by Pleasant Living at 7:13 PM

I can't wait to see pictures of what you've done with the place!

That is so cute, carrying the puppy! And I want to see pics too!

Yes, it is overwhelming but go ahead and exhale.

Oh my...the puppy seems to be right at home riding on Brian's back! Can't wait to see more pics of the house!

Have a great weekend!
Hugz,
Michele