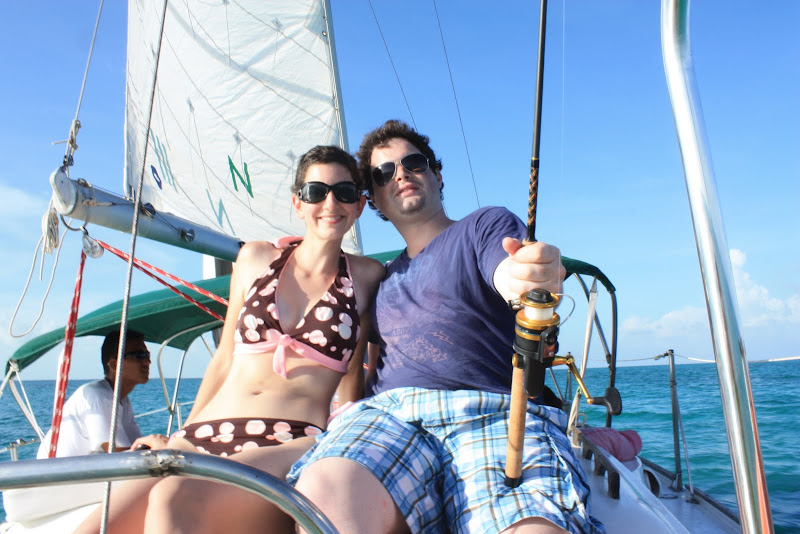 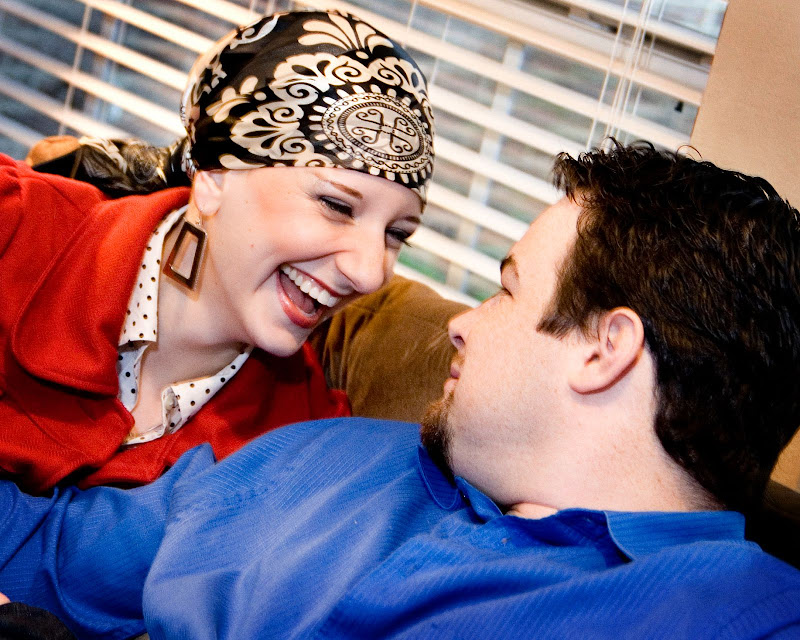 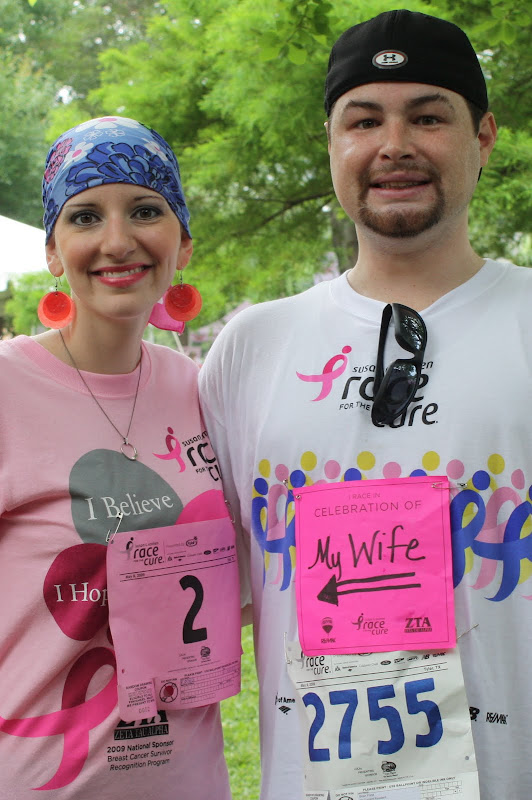 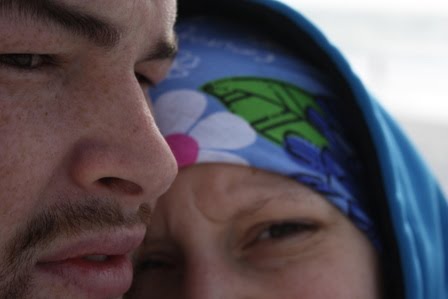 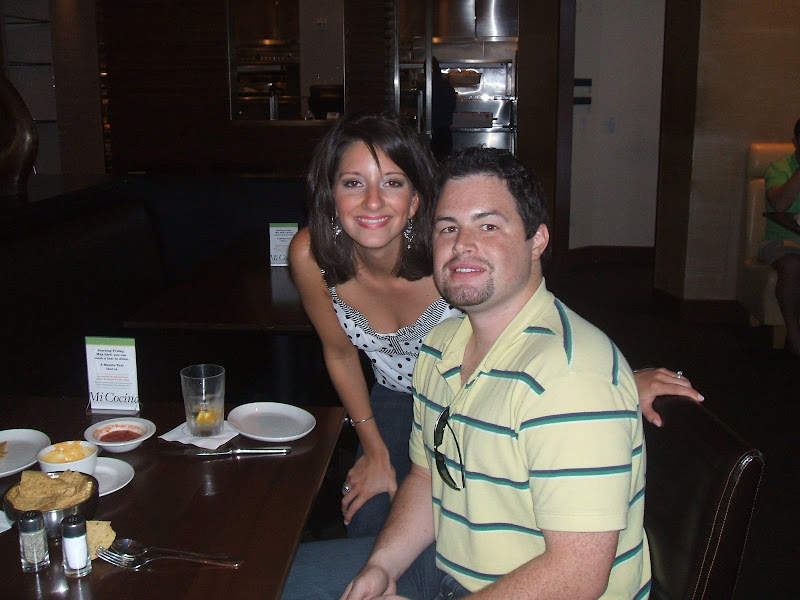 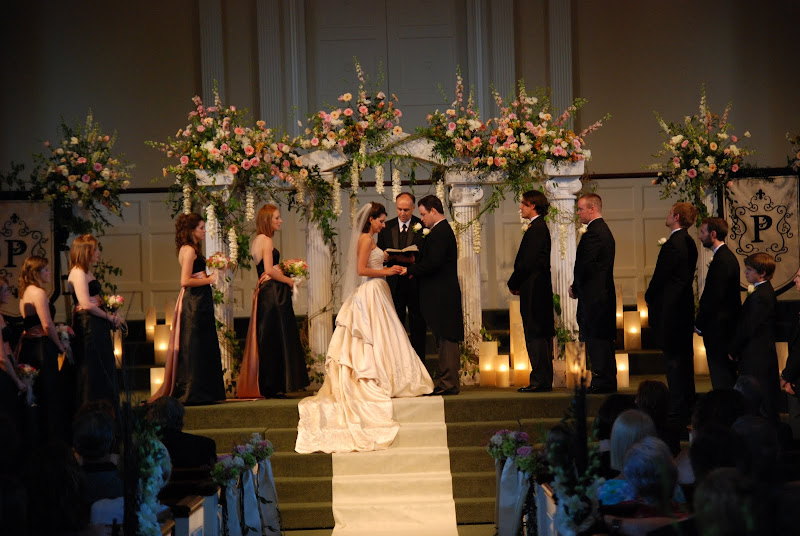 Last night as I was brushing my teeth before bed, at about, oh . . . 10pm, I realized that it had been exactly 2 years since my 1st date with my dear husband. Immediately, I was taken back to that day. Our first date was unlike any other date that I had ever been on. I remember that day vividly, like it was yesterday.

Brian rolled up at my house at 12pm in his blue Chevy truck. I don't remember what shirt he was wearing, but I do know that he was wearing faded blue jeans that were frayed around the bottom and the pockets. He looked stylish and put together. I liked that.

We had made plans to go to Dallas for the day. Brian worked hard to plan a day at the Fort Worth Zoo, followed by dinner at The Melting Pot. No one had ever taken me out of town on a first date. I was intrigued.

The whole way there, conversation flowed. There was never a lull or an awkward moment. We pulled up at the Fort Worth Zoo, and found that it was closing in an hour. I said, "Brian, I don't want to spend all that money for only one hour." We didn't realize that the zoo was operating on holiday hours. And, of course, I was trying to be frugal, as always.

After a few minutes of discussing the predicament, we decided to forgo the zoo. Brian had made alternate plans to go to an IMAX. No problem, we thought!

As soon as we pulled up at the IMAX theater, we saw literal holes in the walls. The theater was under construction.

By this time, Brian was thinking that he had blown the date. None of his plans were panning out. As a last resort, we went to downtown Fort Worth to just mill around and see the sights. We decided to stop in for a movie - Beowulf. This was strike three. It was quite possibly the worst movie that I've ever seen, so thirty minutes into the movie, we left.

I was STARVING! We hadn't eaten lunch, and dinner was still several hours away. But, I couldn't ask for food on a first date, even if we were already friends. So, I went without.

Our next stop was Barnes and Noble, and it was a huge one. We went in and looked around. Brian read Curious George Goes to the Candy Factory to me, and it made me laugh. I think that I was sold on him from that moment. At last, we stopped in Starbucks for a beverage.

After getting lost for about an hour and a half, we finally found The Melting Pot, and we capped the date off with a fabulous feast.

About 12 hour after the date began, we returned home and Brian walked me to my door.

This is wonderful Lindsey. He's quite a guy and you're quite a woman! I am so happy you have each other. The pictures are beautiful. It's been quite the two years hasn't it? It's only the beginning dear precious one. The Lord has so much for you both!

Oh, I love it. You two are so special. Thanks for sharing this.

Oh man, what a date! Way to turn it into something good and fun. Good post!

Awww! You guys are seriously the ctuest couple!