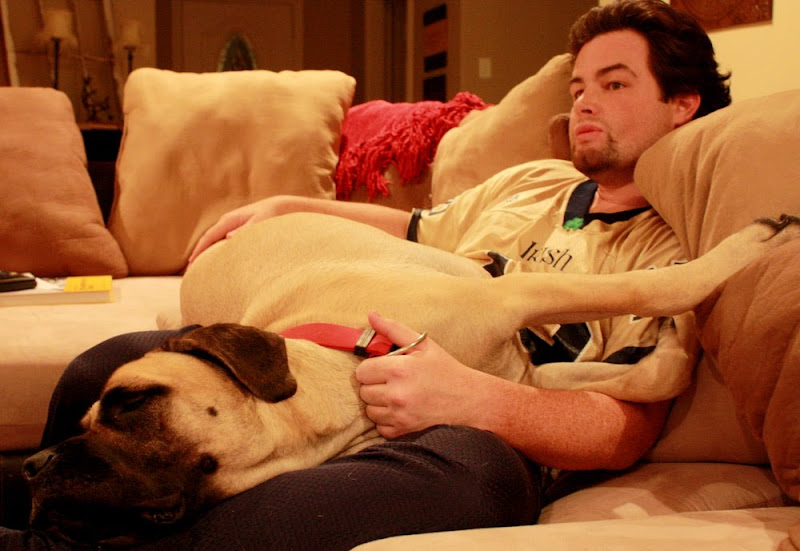 Brian just realized that Gladys doesn't make the best lap dog. Sometimes we just look at each other and say, "That is a BIG dog." But, usually she seems so ordinary to us that we don't give her size a second thought. 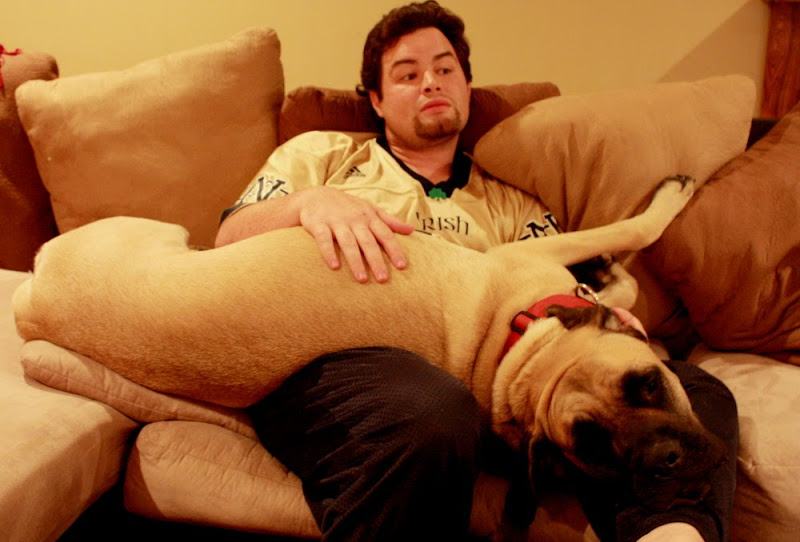 I do remember when she looked like this, though: 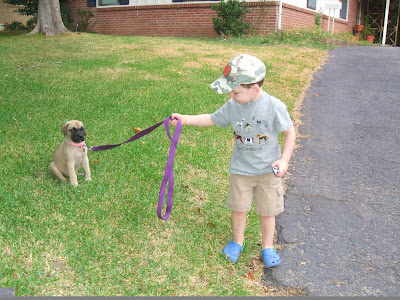 Aren't they sweet? Both Maddox and Gladys have really grown since this photo was taken last summer.
And, just so the other pups don't get a complex, here are a few pictures of them lounging around as Gladys sat with Brian. 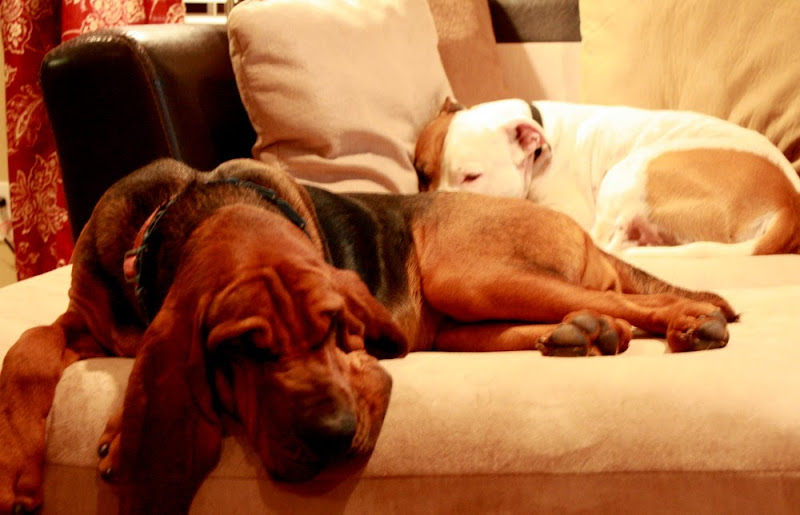 The little fuzzy britches has gained 9 pounds in the two weeks that we've had him. He's tipping the scale at 23lbs. 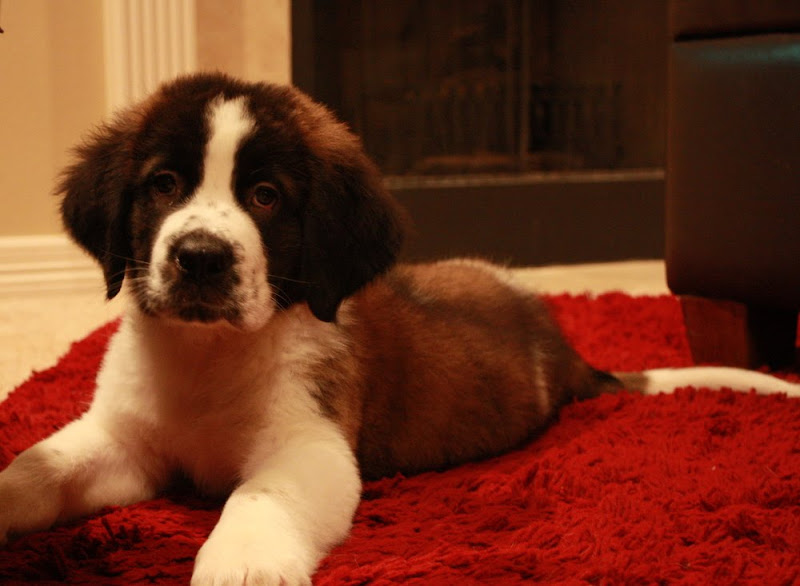 Posted by Pleasant Living at 9:11 PM

haha! so cute! they are huge!

I don't know what to say. . . That is a lot of dogs! A lot of big dogs! Very intriguing title to this post. Love you and Brian!