Sure. They are expensive, messy, and a nuisance, but dogs are about the best source of laughter that a lady can find. I know that I blog about our pups a lot, but those of you with children blog about your kids a lot, and for the time being, they are our babies. So, endure the dog posts :) Hardly an hour passes without me saying to Brian, "Bri, look at Bertie (or Vito or Gladys)." And we both enjoy a chuckle at the latest comedy routine that the dog has unknowingly created.

Bertie is comedic in her appearance. The ceaseless skin folds and clumsiness of her puppyhood are almost more than a person can handle. At times, her face is so wrinkled up that she can't even see. And her big ears throw off her equilibrium so that she is forever falling over herself. 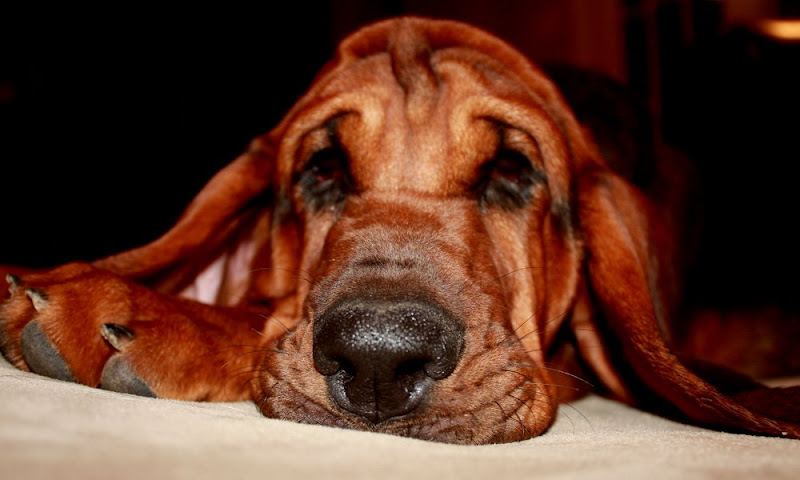 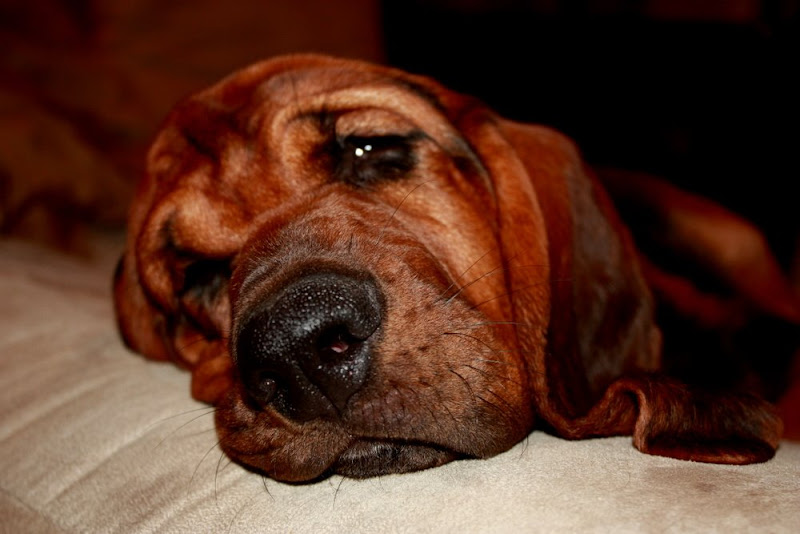 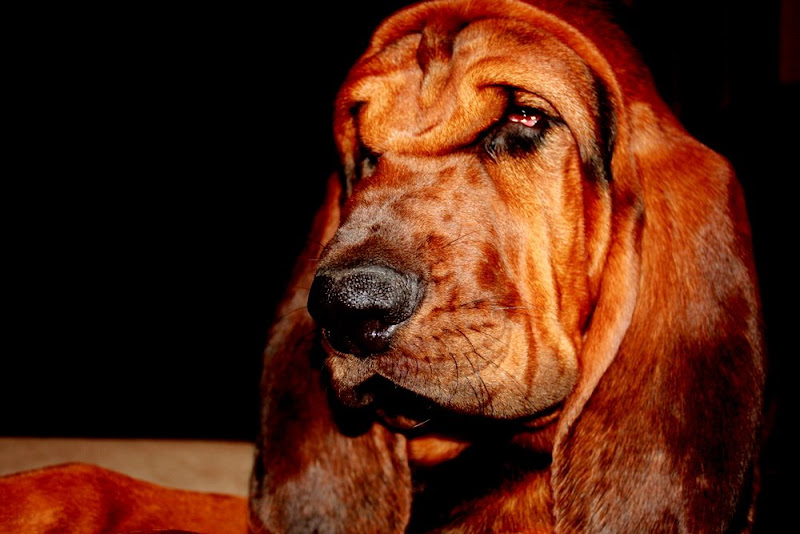 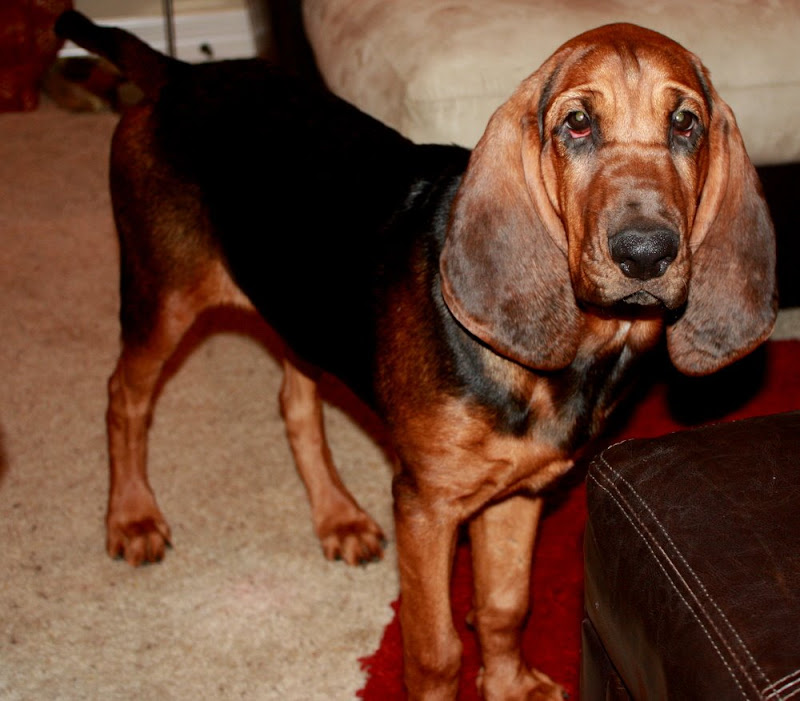 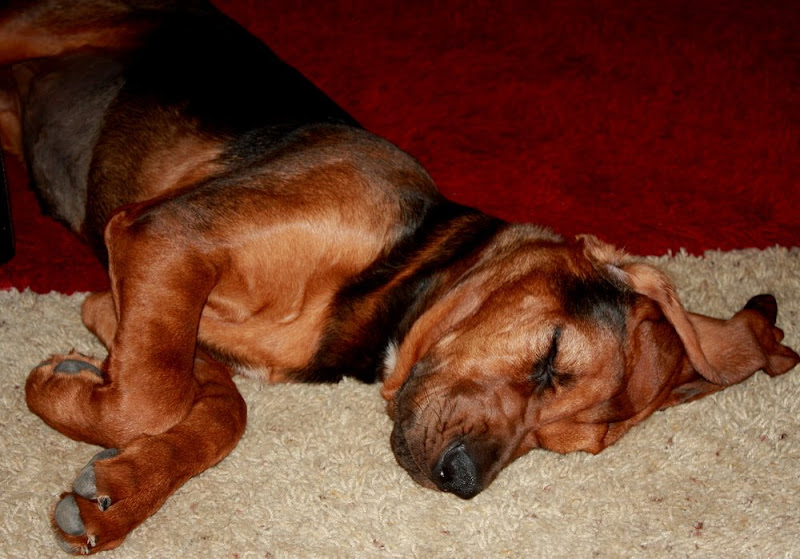 Then, there's Gladys. She's getting droopier and droopier as she gets older. Yet, somehow she retains a regality that the other two canines have yet to muster. Gladys' humor is in her timidity. She is the biggest 100+ pound oaf around. If we have company over, she darts from corner to corner with her tail between her legs, hoping that no one saw her move. When she knows she's been spotted, she uses her surroundings to "camouflage" herself. I use the term loosely because, how well can a couch cushion, a small plant, or a curtain panel really disguise such a monstrosity? 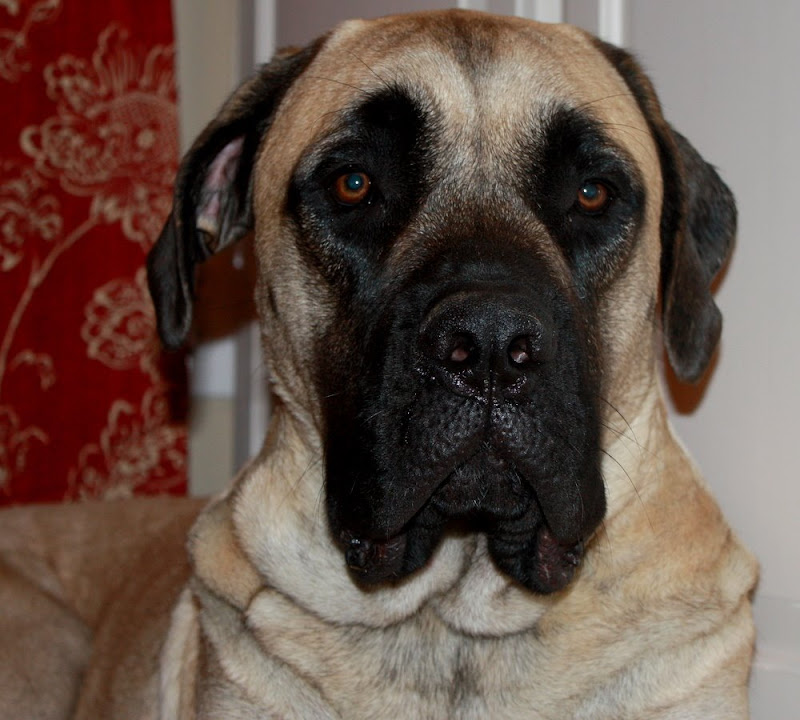 I haven't seen Gladys all afternoon. We have the most obnoxiously long and dark hallway in our house, and she's been sacked out for hours in the quiet and dark. 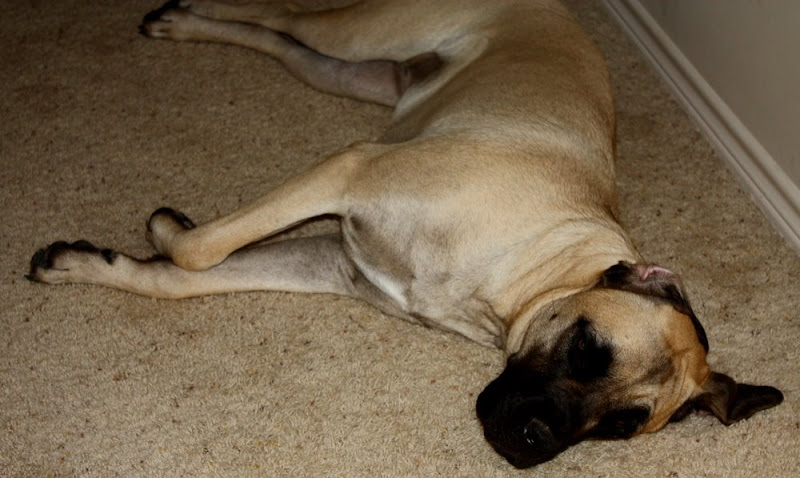 Thank you, Brian, for most of these shots, but especially for this one. Oh, Vito, your teeth are so sweet. He looks like a hamster. Vito is a college dog. You know, the one where the guy gets the dog on a whim, never giving a thought to how he'll train it, keep it, or feed it. Captain Vito (as Brian has affectionately dubbed him) is this sort of soveneir from the old college days. I must say, though, he does have staying power. He even got a shout out in our wedding. One of the reasons that Brian fell in love with me (probably the biggest reason, if we're honest with ourselves) is because I let Vito stay in the house. Not only do I let this pup stay in the house, but he sleeps in our bed with us and roams the house freely throughout each day. Vito is particular. He, like Brian, is not a morning person. He prefers to sleep in, and then to slowly get his day going. He lounges all day, enjoys short bouts in the sunshine, and then he goes and lays by our bedroom door at about 9:00PM, until we open it for him. And the worst/best part? Brian swears that he's gonna stuff him when he kicks it. Oh, and he insists that he and Vito have the same birthday. It's ridiculous. But, it's why I love them. 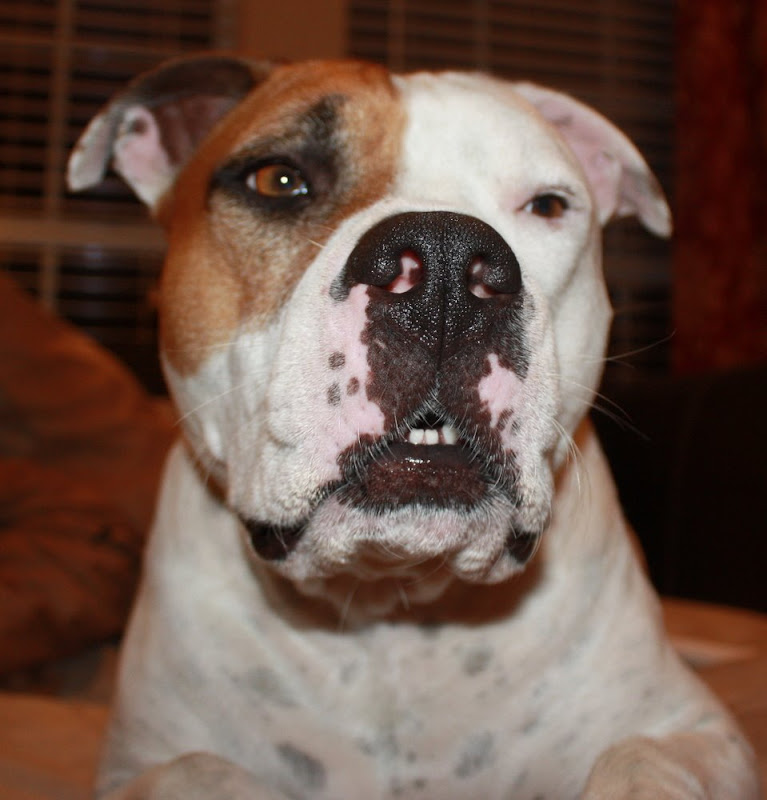 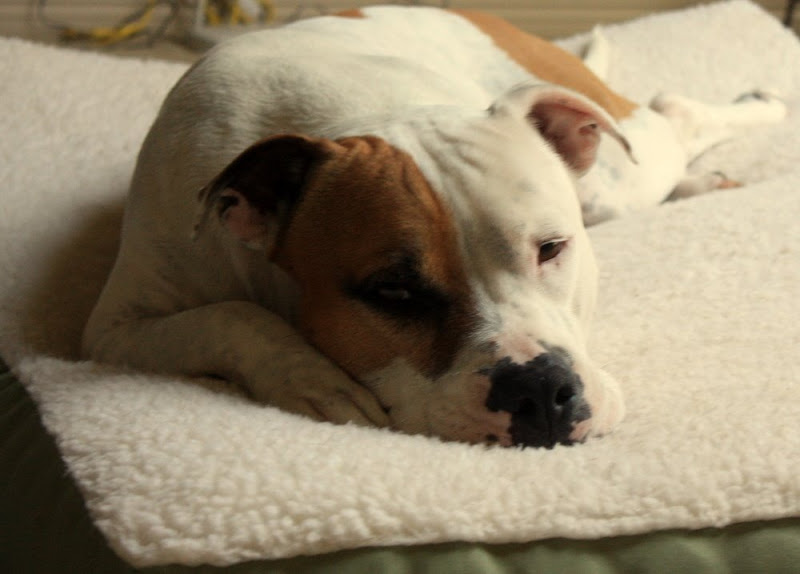 Posted by Pleasant Living at 7:00 AM

Cute dogs!!! I love your blog, just stumbled on it while surfing another! :)

I love the puppy posts! Your dogs are giant and so sweet. I would love to own a big dog someday. Thanks for the funny pics!

You know I never get tired of doggy posts! You have such sweet pups. What breed is Bertie?

I love furkid posts. Love them. Especially with these great pictures! All three of your dogs are just the cutest.

Ty and I do the same thing with our dog. I'm not sure we would have anything to say to each other if it wasn't for Nuts! haha!

Oh Lindsey ~ they're just the cutest dogs ever! I love that Brian wants to stuff Vito...too funny!

I love it! Crickett, my mini dachshund, is slowly growing on Jeremy. Although, he did offer to sell her to someone the other day. I'm pretty sure he was joking! :)

Cute puppies! I remember when Jersey was a puppy her ears were constantly wet because they would hang into her water bowl when she drank. She finally grew into them :)

Dogs are the best. Justin says he likes them better than people in most cases. You write about them all you want - they're adorable and it sounds like they are such a joy!

those dogs are better lookin than your husband

Great pictures! I love your dogs-they have such personality in their faces.

Who can not love those faces? They are so precious that I'd spoil them rotten. Our poodle sleeps with us and our kids say we care more about her than we do about them. That is so not true, it's just that she's our last child at home.