Brian and I often turn things into competitions. We always put up a wager, but rarely follow through with the original stakes. In this case, we're having a gardening competition. Now, neither of us are known to have particularly green thumbs, but we wanted to try our hands at growing some common plants. We started out, put our plants in pots, according to each one's own knowledge of gardening, and waited. Well, after a couple of weeks or so, this is what my plant looked like: 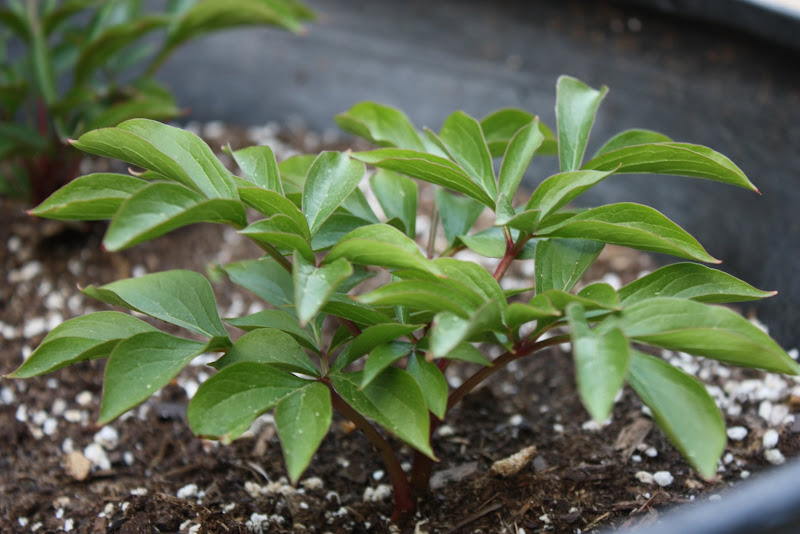 Not too shabby, huh? Especially considering that I just started with roots, and no green growth. I put packing peanuts in the bottom of my pot so that the soil would drain properly and so that I could move my pot easily in and out of the sun. I was quite proud of my accomplishment!

Well, poor Brian just dumped his bulbs into an old pot of dirt, added some new soil on top and soaked the thing through and through. After the same amount of time, he had nothing to show for his gardening attempt.

One day, while I was gazing out in the woods by our house, I saw this beautiful pink plant that had survived being dumped out of an old pot by the last people who lived in our home: 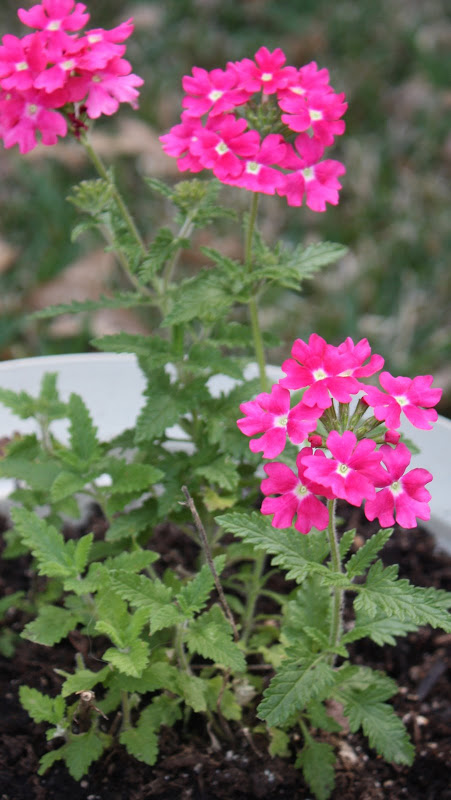 I had no sooner mentioned it to Brian, when he headed out to the woods to claim it as his own. And, he purchased a new petunia plant for his pot. 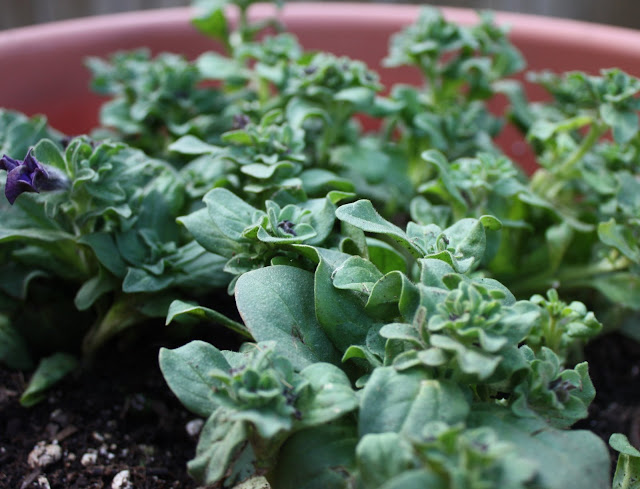 So now, despite all of my hardwork and small amount of gardening knowledge, my husband appears to be the greener-thumbed winner of the competition. Oh well, at least we've got some color sprouting up, regardless of whose pot it's in :) [And, Brian would probably want me to mention that he's not really the gardening type, he is just always up for a challenge to conquer!]

Posted by Pleasant Living at 12:00 AM

I think a friendly competition is good for a marriage! :)

Garth and I make competitions out of everything too!